Hearing loss is often caused by other unerlying medical conditions. Those with diabetes tend to have twice the likelihood of having some form of hearing loss, based on a report by the American Diabetes Association. Similarly, several other health conditions can also result in hearing loss.

A common problem that is also thought to cause hearing loss is heart disease. Conditions related to the heart include hypertension, heart attack, strokes, atherosclerosis, artery disease, and heart failure.

Heart disease usually results in damage to the cochlea, which is situated within the inner ear. This occurs due to insufficient supply of oxygenated blood to the cells in the ear, due to restricted blood flow as a result of heart problems. Over time, this lack of oxygenated blood can lead to damage or death of the delicate hair follicles within the inner ear, resulting in hearing loss. This sort of problem is more commonly seen in the elderly population.

The viral infection known as mumps can also lead to hearing loss in young children. The loss of hearing faced due to mumps may occur only in a single ear but it some cases it may affect both the ears. Mumps leads to damage to parts of the cochlea, which results in hearing loss. Even though mumps is not that common thanks to modern day vaccinations, hearing loss due to mumps still remains a possibility, although not a certainty.

Kidney disease that is chronic in nature is yet another health problem that leads to hearing loss. Those with kidney disease have as much as a 43% likelihood of developing hearing loss. Toxins that are not filtered out of the body due to kidney problems tend to cause damage to the auditory nerves, which can damage hearing permanently. 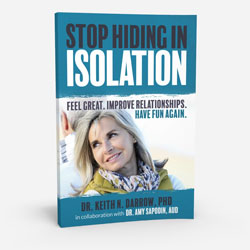